The Song theatre “Dzherela” is a Ukrainian band. It is well known not only in Ukraine and CIS states, but also in Europe. The band has in its repertoire many interesting songs- and concert programs, as well as dynamic shows for corporate events.

A concert program consists of several (two or three) song blocks. The average time of one concert is 50-90 minutes of performing, and with the time of costume changes – 120 minutes.

You will also hear many genuine folk jokes and enjoy interaction with the performers.

The second block (with costume changes) consists of Ukrainian and modern acapella songs:

In the third block (after second costume change) we perform pop songs and cover versions of popular hits.

This bright dynamic program in the form of songs- and theatrical show will present you beautiful dance cover versions of such popular performers, as Boney M, Ottawan, Michael Jackson.

In order to organize a concert you will have to give us your concert proposal not later than in two month before the expected date of the concert. All the technical and rider issues are settled by mutual consent. 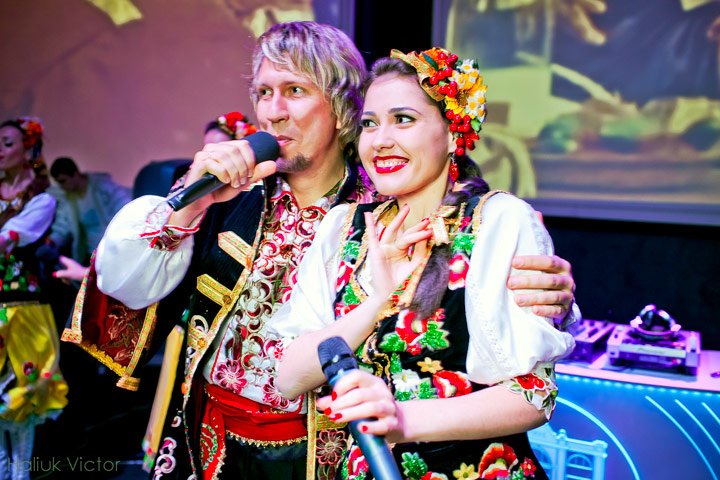 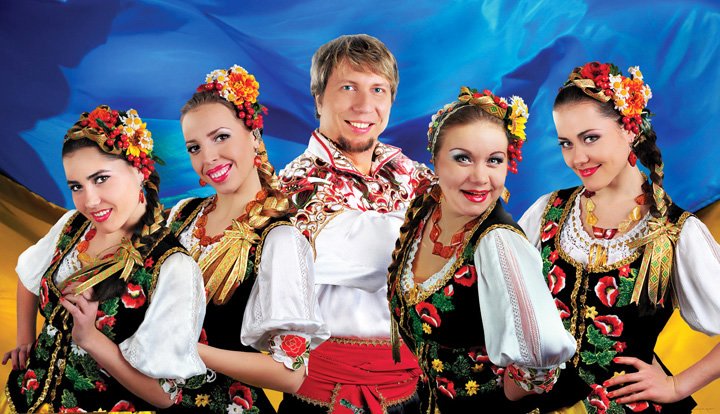 The band can also go abroad. In this case the host party covers all transport and accommodation expenses.

Read more about the ensemble